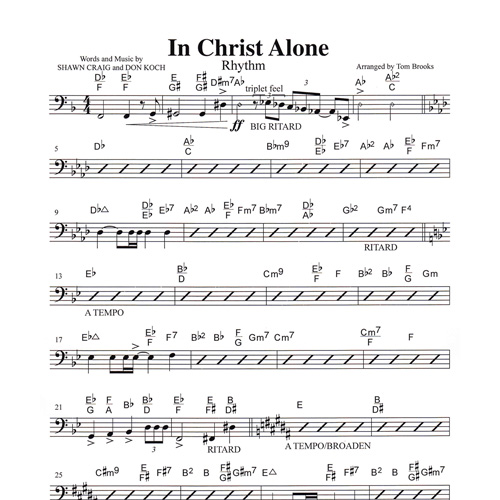 To them God has chosen to make known among the Gentiles the glorious riches of this mystery, which is Christ in you, the hope of glory. Colossians 1:27 NIV

In Christ Alone by Shawn Craig and Don Koch was one of the songs released from a project entitled ‘In Christ Alone’ by Hosanna! Music. The small-group feel of this project is simple, authentic and unpretentious. Listeners will find the songs easy to sing along with. Including the powerful song of the same title, In Christ Alone ministers genuine encouragement that helps believers find their glory in the power of the Cross.

Produced and Arranged by: Don Harris

Medley options: Be Exalted O God by Brent Chambers, Shout to the Lord by Darlene Zschech, Be Strong and Take Courage by Basil Chiasson, Oh the Glory of Your Presence by Steve Fry