GOD IS GOOD ALL THE TIME

Uplifting and just plain fun for every Believer! 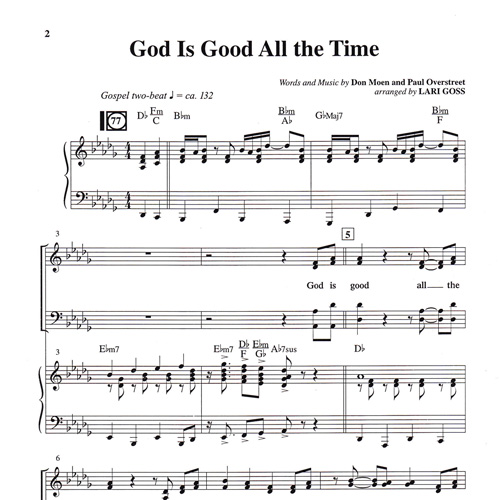 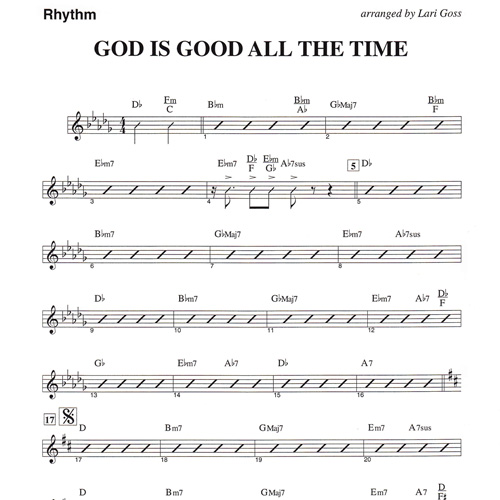 For the Lord is good and his love endures forever; his faithfulness continues through all generations. Psalm 100:5 NIV

God Is Good All The Time written by Don Moen (one of the best-known and respected recording artists in the Christian music industry, Moen has earned a worldwide reputation for his work as a songwriter and worship leader who has helped shape today’s modern worship landscape. As a platinum-selling recording artist, he has recorded more than 17 albums) and Paul Overstreet (who has written or co-written 27 Top Ten songs and he has won two Grammy Awards and also won ACM and CMA Song of the Year Awards. Overstreet was named the BMI Songwriter of the Year five straight years) is combined with Happy Song’ by Martin Smith whose band, Delirious?, produced some of the most recognized songs in Christian music, including “I Could Sing of Your Love Forever”, “History Maker”, “My Glorious”, “Did You Feel the Mountains Tremble?”, “Shout To The North”, “Deeper”, “Majesty (Here I Am)”, and “What a Friend I’ve Found”.

God Is Good All The Time/Happy Song is one of the songs released from a project entitled ‘Will You Ride?’ This project was Produced, Orchestrated and Arranged by twelve time Grammy nominee and ten time Gospel Music Association Dove Award recipient Lari Goss and Recorded at Classic Recording in Franklin, TN and The Media Resource Group in Cleveland, TN using over 30 Studio Musicians and 13 Studio Singers:

Medley options: How Good It Is by Danny Chambers, Let the Heavens Rejoice by Don Harris and Martin J. Nystrom, Revival in the Land by Renee Morris, Let Your Spirit Rise Within Me by Randy Speir